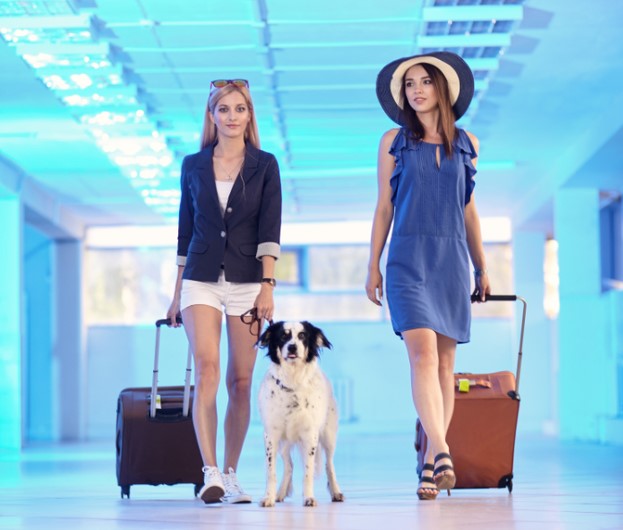 The Strangest Things People Tried To Smuggle Through Airport Security

Ever wondered why there’s even airport security, or why it’s so strict? Well apart from the whole potential terrorist threat, drugs smuggle or bomb scare, it might be because some people have no idea what to take with them on vacation. Even though they put all the rules clearly on the website, and have extensive screening and checks, some people never fail to try their luck. Whilst some tried to conceal this items under their clothes or in their luggage, others have shamelessly declared them. So, we’ve compiled a list of the craziest items people have tried to smuggle through the border.

While it’s fairly common to see service dogs, or guide dogs accompany their owners on planes, the last animal you’d expect to see at the checkout is ‘an emotional support goose’. We didn’t know that was a thing, but apparently it is! One agent recalled how the goose made it through security and onto the plane as it “acted as a soothing flight buddy for the passenger”. Ok then!?

One family took the phrase ‘take me with you on your suitcase’ a little too literally. The family tried to smuggle an eight-year-old Ivorian boy from Morocco into Spain, in their luggage! The boy was discovered by airport security when they opened the carry-on suitcase!

One fearless passenger didn’t quite get the concept of taking a holiday souvenir home. Why take a magnet or key ring, when you can check in an 18th Century cannonball with your luggage…Seriously!? Apparently this budding historian explored an 18th century shipwreck and took the cannonball as a souvenir and checked it in. When the security control discovered it, understandably they were alarmed as it’s dangerous and could explode, so had to evacuate 300 passengers.

A Body Of iPhones

As China is known as a hub of technology, most tech fanatics go their to get all the latest gadgets, phones and tablets. While China also exports a lot of its products abroad, one passenger thought of his own grand master export plan. Why wait for a ship, when you can bring all the latest iphones to the world than by strapping as many as he can to his body. It’s actually a pretty genius and a little bit illegal, especially as he was found with 94 iPhones strapped to his body. Perhaps he was really generous and wanted to gift them to his friends… but we’re guessing he was planning to sell them all at a high price.

Sometimes truth is stranger than fiction! This story is not less about smuggling, more about strangeness. It seems one British woman was caught by the metal detector in Athens, when she tried to get onto the plane wearing a full-on chastity belt! Seriously where did she find one!? Its seems she had an agreement with her husband that she would be faithful while she went on vacation. We’re actually pretty glad they caught her, so she could take it off and enjoy her vacation without him!

Just a little reminder that you might want to check twice before packing for your next flight!